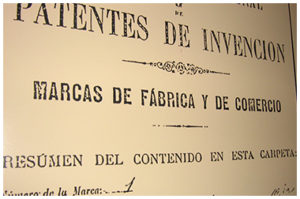 Patents are the right of exclusiveness which the State grants the inventor in order to let us know the results of his investigation.

The sorts of patents which the Argentinean State grants are three:

PATENT OF INVENTION (IT IS GRANTED FOR A 20- YEAR PERIOD)

According to our national law of patent of invention, the patentable inventions will be those which are products or procedures, being these new in the field, providing an inventive activity or susceptible to industrial use. (An invention)

The requirements to patent inventions are:

Any new disposition or form obtained or introduced within tools, working instruments, utensils, devices or known objects which can be used in a practical work, whereas they provide a better use for the function which they were created for. They will confer to its creator the exclusive right of exploitation.

That is to say, a model of utility does not have to have the requisite of being a totally new invention, but the object must be evaluated on its novelty, and its truly usefulness through any modification in its structure.

Many companies and factories modify some of its machineries without knowing that the possibility of patenting these changes can allow them to use them exclusively or to obtain economic benefits for the sale of that patent.

The registering of a patent involves the payment of an annuity, which if it is not paid, the same can be lost.

WHAT HAPPENS IF YOU DO NOT PATENT YOUR INVENTIONS?

Somebody else could patent them. In most of the countries (except for the United States), the first person or company who applies for a patent of invention will have the right on that patent. This means, if you do not patent your invention or the inventions of your employee at a PYME (Small and medium size enterprise), any other person -who may have developed the same invention or an equivalent invention afterwards- could patent it and exclude legitimately your company from the market, limit your activities up to the previous use, when the legislation on patents foresees such an exception, or ask your enterprise for the payments of a rate in order to use the inventions under their license.
The competitors will take advantage of your invention, if the product is successful, many other companies will be tempted to manufacture the same product using your invention, without having to pay for that use. Big companies can take advantage on scale economies to manufacture that product much cheaper and compete at a more favorable market price. This can reduce considerably the market share of your own enterprise in relation to that product. Even other small companies which compete with you can manufacture the same product and at the same time sell it at a lower price, they do not have to make up for the investigation costs and the development in which your company has been involved with.